Tim and I took Hetty and Bella to Paddington. The Kids Club is a bargain at £6.50 for one adult and one child. We watched about three quarters of the film, I should have been more perceptive to Hetty wiping her occasional tear .... a sudden explosion, smoke and fire was just too much. Great film but more suitable for the age six plus viewer. A packet of sweets seemed to help the trauma.

The Police were taking finger prints outside Budgens. Bella declined. I had her sticker and was offered a job as a Police Support Volunteer - I declined this time - maybe in the future.

I had 'on-time' guests. Always excellent.

This evening we were invited to see Steve Knightly from Show of Hands at Ade and Anna's. I have to admit I have never heard of the band. Tim did a bit of research on Spotify. Steve was excellent. His cuatro, tenor guitar, string guitar and octive mandolin were beautiful. Adrian had won him in a charity auction. We were entertained, fed and then entertained some more. I have fallen in love with his voice. Very strong and romantic in a moody sort of way. I now have a CD to remind me of our time together. 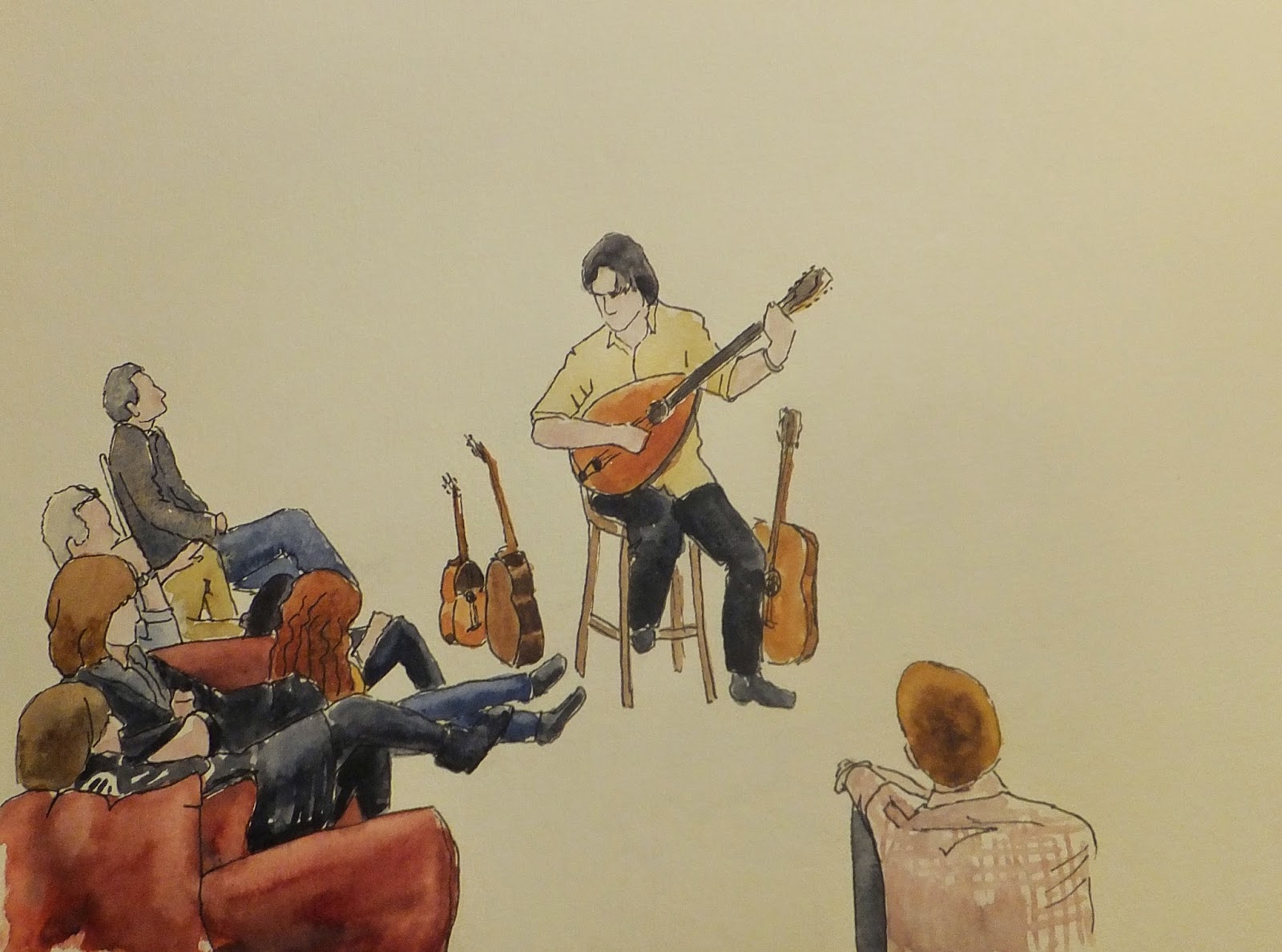