Tim had an early start on the digger creating foundations for Little Holt's entrance and rejigging drains. Clever man that one.

I went to the Tractorfeat (and that is not a typo) at Biddenden to lease with the Weald of Kent Art Society. It was a massive event with more than just tractors. When I returned to the car it told me it was 40 degrees centigrade - wow that is hot.

We met Alan in The Halfway House for a couple of drinks and stories before heading to Steve's for a BBQ. Along with lovely food, company and an incredibly warm evening we tried some Piimms - a bottle of  blackcurrant and elderflower had been consumed before our arrival but we were in time for the strawberry. 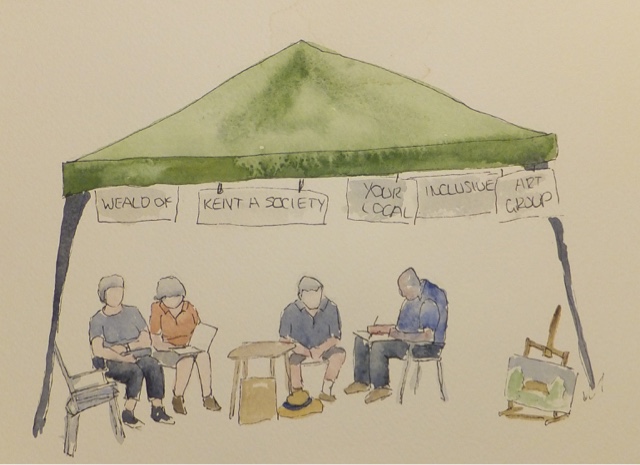