If I had taken the advice given by Tomasz Schafernaker we would have cancelled a most enjoyable day at Howfield with The Joy Family and friends. Nick had organised a shooting session tutored by Cliff. It was the first hands-on experience I have had handling and shooting a gun. I have a new fetish. Something about the beauty of the gun and the power it bestows, along with the after smell of the spent cartridges. A most enjoyable experience. Alex was by far the best at killing his clays. Tim was named 'elegent' with his execution by Cliff. We rounded it up with a wonderful lunch. Thank you once again Alli and Nick for organising a rather delightful day. 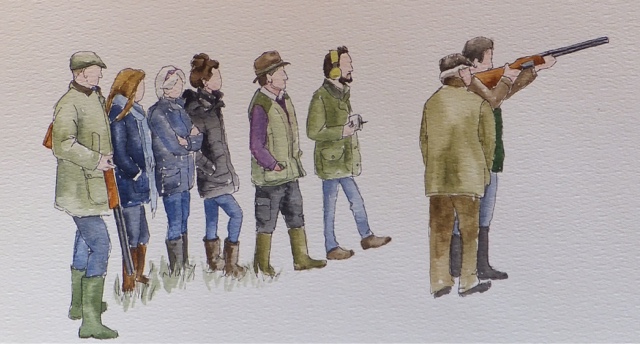