A couple of drinks and no food turned into something much more major at Hallwood Farm. Sarah and Nigel invited Mike, Karen and ourselves for a brief Christmas Eve drink. It ended rather later than planned due to the hosts being most generous and entertaining. Light nibbles were accompanied by Christmas cake and Yule log along with ham, smoked salmon and mashed potato. It was the testing, taking and experimenting with Snowballs that extended the evening. Don't buy Lidl advocat it is pretty disgusting until you have had a few. Warnicks won. Mike and I were defeatd as to why a maraschino cherry needed to be speared by a straw for drinking through. I don't think we outstayed our welcome. Did we? 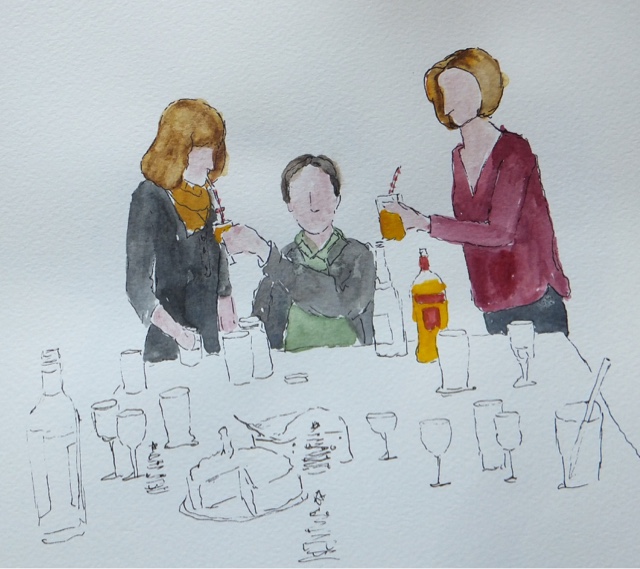